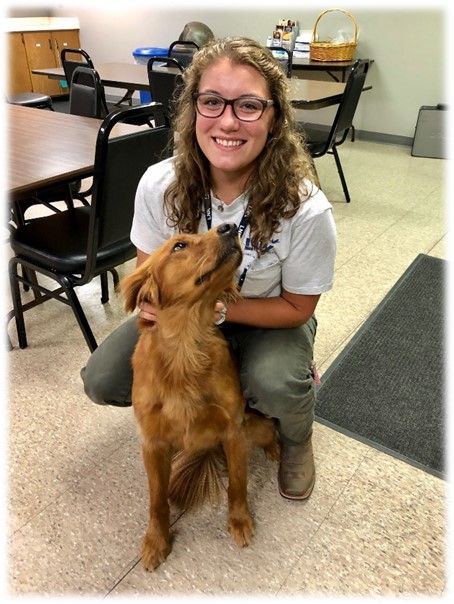 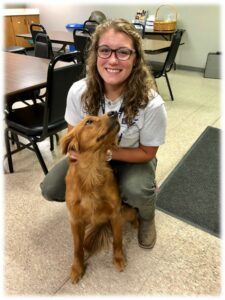 The Lincoln Airport Authority (lincolnairport.com) is excited to announce the addition of Wildlife Biologist Brooke Morgan (and her golden retriever, Grace) to the team. Brooke is part of the Loomacres Wildlife Management group, which contracts with the Lincoln Airport. Brooke’s job at the Lincoln Airport is to analyze wildlife movement on and around the airfield for safer travel and to assist with mitigating issues that arise with aircraft and local wildlife. She surveys birds, sprays for certain weeds, and works with the Airport Authority on plant and animal control. Brooke’s golden retriever, Grace, makes sure wildlife does not become a threat to air traffic, which includes foxes, coyotes, ducks, geese, and skunks.

Brooke was hired this summer, after starting her career in Rhode Island at the TF Green Airport, where she covered four of their local airports and the Naval station in Newport. Brooke received her degree in wildlife management from SUNY Cobleskill and also spent time working at the University of Idaho and Idaho Fish and Game trapping Greater-sage grouse, backpacking, and collecting data from high alpine lakes. What’s more, she reared steelhead trout at a hatchery and completed research on Chinook salmon in remote national forests.